Who am I anyway?

I was born 1978 in Kiel (Germany), growing up in Norderstedt, north of Hamburg, university-entrance diploma (Abitur) 1997, then basic military service at the German army (Bundeswehr), apprenticeship as a cabinetmaker. After one year as a journeyman I took on the study of interior design in Detmold, which I completed in August of 2008.

I live with my wife and two sons in Henstedt-Ulzburg, north of Hamburg.

I came relatively late to writing. As an avid role-player I've enjoyed devising backstories for my characters, but only on a small scale. However, an interest to write whole stories and novels gradually grew. Today I use my time alongside work and family life to write science-fiction and fantasy stories and novels. 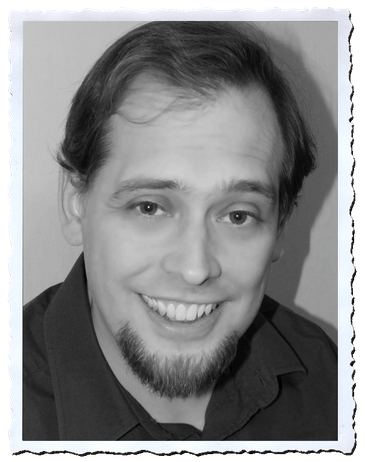 I was born in 1978 in Kiel (Germany) and grew up in Norderstedt near Hamburg. In elementary school, I always liked it when we should write essays. Writing stories was nice.

During this time I came to reading. I remember that the books by Astrid Lindgren and Michael Ende moulded me. "Ronia the Robber's Daughter", "The Brothers Lionheart", "Jim Button and Luke the Engine Driver". Michael Ende had a particular impact. In 5th grade we have read a book by him in German classes. It was "The Neverending Story". This book just ripped me off my chair and still I find it absolutely great.

Further during school I didn't write. Apart from dictates, where I was good, and interpretations that I could never do. No matter in what language. I cannot remember what books I read. I was more into Lego and  in good weather I was on the next door football field.

In senior classes however, books became interesting again. "A Hitchhiker's Guide to the Galaxy" to give an example. In classes you have of course read the odd book, but you had to do it, so it was little fun and at a young age you simply don't appreciate the classics and gain something from it. My opinion.

After graduation in 1997 I did my basic military service in the army. An unspectacular time.

After that, I joined an apprenticeship as a cabinetmaker. I didn't want to study, the school was still too fresh and I have never really liked school learning. I wanted to work with my hands. Learn a craft.

That was the time when I came back to read. I read "The Lord of the Rings" for the first time. And as if that weren't enough heavy stuff, I read it in English. I became a friend of the English language. DVDs were the new standard in the field of films and had the original English version on them. Great! Since that time I read a lot to almost everything in English and watch every film in English. Most of the time the original is in this language and you get it the way the authors have provided it. Nothing is lost through translations.

After my apprenticeship, I started studying. In 2002 I went to Detmold and began to study interior design. The study was one of the best times of my life so far. Probably everyone who has studied says that. With me it added that I met my future wife in Detmold. In 2008 I graduated and went with my wife to Hamburg, where in 2009  our first son was born. When you have children you know what I mean, if not you cannot imagine how a child puts one's life upside down. Nothing is like it was before. Everything has to be modified and adapted to the new situation. I admit that I really had difficulties in some areas. But I wouldn't give my sons (since 2013 there are two) back, not for anything in the world. Children are great, but also a lot of work, time, money and nerves.

While studying I wasn't really busy writing. Although I had a small role-playing group that I led and started to write a story, but it was nothing serious and was mothballed again after a short time. But what I wrote then, I still have. Who knows, maybe someday I will get back to it or, more likely, use pieces of it in new projects.

I think it is about three years ago now that the scribbler in me made himself more and more noticeable. I had at one time an idea for a story. This lead to, when we were on holiday, that I sat down one evening and wrote a prologue, that had been in my head for some time. I began to spin the story further and wrote four more chapters. But I then realized that I somehow lacked tools. I was uncertain and didn't quite know how to go on. So it didn't really get anywhere, and I tried via the Internet to get information for authors and started to learn. As far as normal life permits it. The urge to write didn't let go. Then after a period of not taking the thing seriously, it went off in the beginning of 2014. Since I didn't get forward with my novel, I decided to try something shorter. The result was a short story, the story, which you can see in the books category: Clone.

It took nine months, but then it was done and I also decided immediately to publish it on my own. Just watch what happens and learn how it's done.

Why it took so long, was partly due to the fact that I'm still learning to be an author. It's not easy to get day job, family, friends and the writing under one roof. In addition, we had bought a house and moved in the summer of 2014. There wasn't much time for writing. But since the summer, since we are in our house, I feel as an author. I'm getting better in dividing my time to write and found two podcasts that I listen to. These have explained and shown me a lot and really helped. They still do.

So I'm still at the very beginning, but i'is a lot of fun. This website is also proof. I want to take the matter seriously and see where this cruise takes me. I'm very excited and look forward to you, who wants to accompany me on this trip. I think it will be exciting and very educational for all involved. I just need to do it, no matter what the outcome may be. Maybe I come a cropper, but my goodness, it doesn't set the world. I always think about my beginnings as a drummer in the Symphonic Wind Orchestra Norderstedt. That was twenty years ago. Intimidated by the many new people and that as a drummer everyone can hear you, I was afraid of loud passages. My drum colleague then said words to me, which I have since internalized: "If you're not sure whether you're in the right place it's not that bad. But don't be timid. If it's shit, then shit with momentum!" In this sense, we will see what the future holds. To be continued...

By pressing the submit button, I confirm to have read and accepted the privacy policy and the newsletter information!

Fill out the next lines and you'll get the e-books immediately! 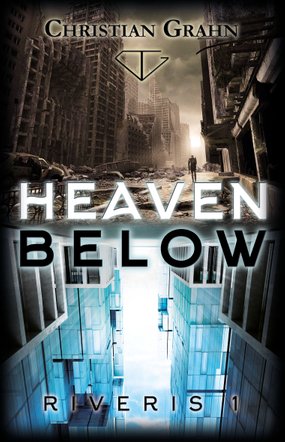 For a sample and links to buy, please click on the cover.